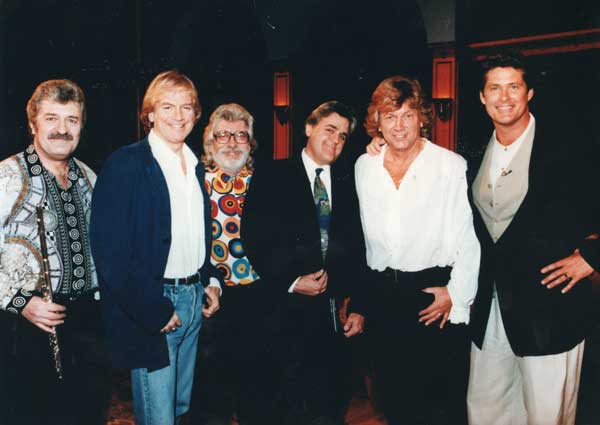 By 1977 Decca hierarchy was calling for a reunion album by the Moody Blues. Mike Pinder was living in California then and had no desire to move back to the UK. If there was going to be a reunion record then the Moodies would have to go to the states. Everyone, including Tony Clarke, known as the 6th Moody, packed their bags, their instruments and their families and took off for a one year trial in southern California. From the beginning there were problems. The first studio burned to the ground, the second flooded. Tony Clarke had to depart before the album was finished for personal reasons. “Octave” the 8th and final album by the second Moody Blues line-up was released on 9 June 1978. That was great news to fans that had been waiting 6 long years for a new album but the bad news was that Mike Pinder wasn’t coming back .

A world tour was already set so a replacement keyboardist was found in the person of Patrick Moraz, formerly of Yes. After two more albums, ‘Long Distance Voyager - 1981 and ‘The Present’ - 1983, produced by Pip Williams the band hired Tony Visconti to be their producer and take them in yet another musical direction, more fitting the pop style of the time. ‘The Other Side of Life’ - 1986 and ‘Sur la Mer’ - 1988, were basically Blue Jays’ albums with no Ray participation in either album and Graeme in only one. The band continued to tour extensively, with a huge fan base in the US. It was 3 years before they released another album that included Ray Thomas. ‘Keys of the Kingdom’ had three different producers and seemed to be rather a patchwork of songs, as if the band couldn’t decide in which direction to head. With the 1992 Red Rocks concert which included the Colorado Symphony Orchestra conducted by Larry Baird, the band had a resurgence of popularity. The orchestra tour continued for a year with the band performing in front of local orchestras led by Baird. In 1999 they were off to Italy to record a self-produced album, “Strange Times”. It was to be the last album on which Thomas would perform before his retirement.