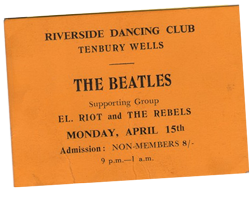 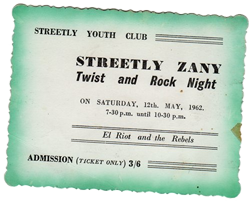 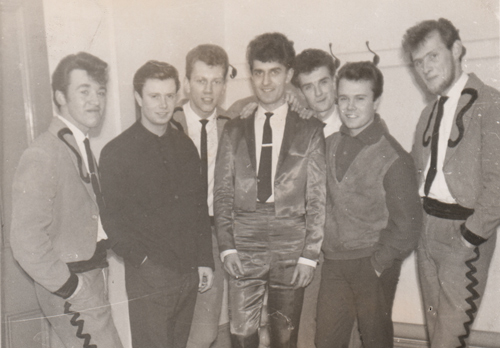 The Saints and Sinners gave Ray a taste of being centre stage. His voice had gone down well with the audiences so he wasted no time in joining up with fellow Brummies to form El Riot and the Rebels. With Ray as El Riot, dressed in a green satin Mexican toreador suit, the Rebels set out to take Birmingham by storm. The band entered and won several competitions. Ray developed his trademark entrance of sliding across the stage on his knees. He once took out a row of potted tulips! They landed several spots on the popular TV show “Lunchbox”. Their first appearance was on 14 November 1962 playing “Guitar Tango” and “I Remember You”. At some point a 78 rpm acetate was recorded of “Blue Moon” and “Down the Line”. On 15 April 1963, El Riot and the Rebels performed at The Riverside Dancing Club in Tenbury Wells as the support band for a group that would change the face of Rock n Roll forever. It was a little band from Liverpool - The Beatles. By October 1963, Ray decided it was time to quit the day job and go pro in the rock music world.

El Riot and The Rebels